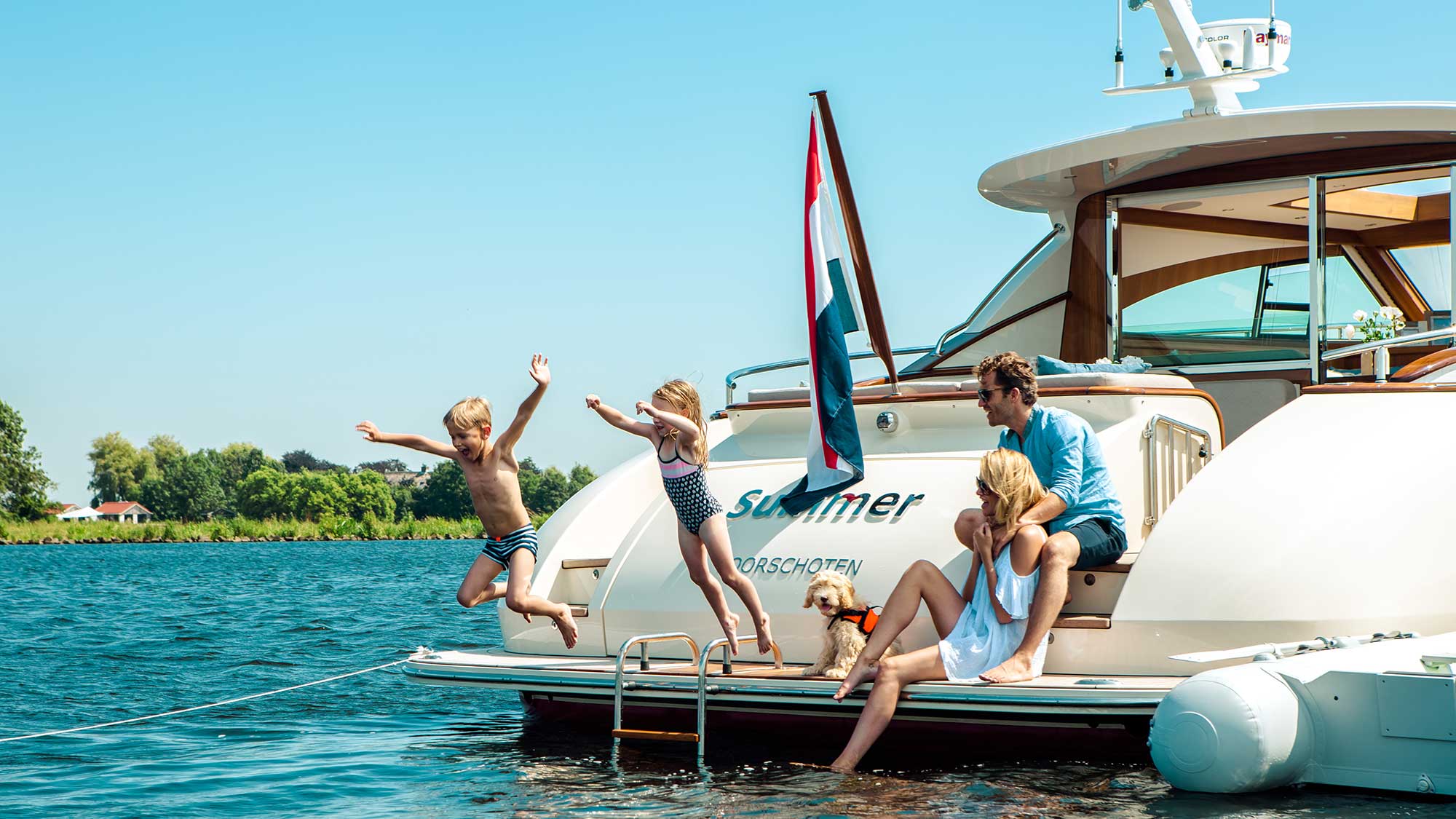 Record number of deliveries in 2016

The Summer of 2016 has been an exceptionally busy one for the premier Dutch yard, which expanded in 2013 to one of the most efficient and sustainable shipbuilding facilities of the Netherlands. With seven deliveries in one year, it is definitely one to remember.

The Mulder 98 Flybridge “A2” together with her chase-tender, the 1,200hp strong Mulder Bellagio “Silver Rabbit”, is delivered to her Owner and are currently under way to France. The Mulder Bellagio “Spectrum V” was fully customized with specifications such as a lengthened swimming platform, aft sliding door and a Seakeeper gyroscopic stabilization system. The yacht was delivered to the South of France where the Mulder team commissioned the yacht after organizing the transport.

The popularity of the Mulder Favorite Series is strongly presented in the yard’s order portfolio. With the delivery of the Favorite 1500’s “Summer” & “Christho” and the Mulder Favorite 1700’s “Annabelle” & “Erminea” in the Summer of 2016, multiple orders have been received during the Summer resulting in five more Favorite yachts under construction. The Mulder Favorite yachts are proven to be of unrivalled class and the ideal size for both inland waters and sea. “It’s because of the hard work and persistence of the team that we have accomplished to deliver seven yachts in ambitious timing. I am proud to work with a dedicated team and delighted to cooperate with professional suppliers’’, CEO Dick Mulder explains.

With six new builds under construction, including Mulder’s largest yacht till date: the Mulder ThirtySix, Mulder Shipyard is continuing her strong order portfolio and is looking forward to the year to come.