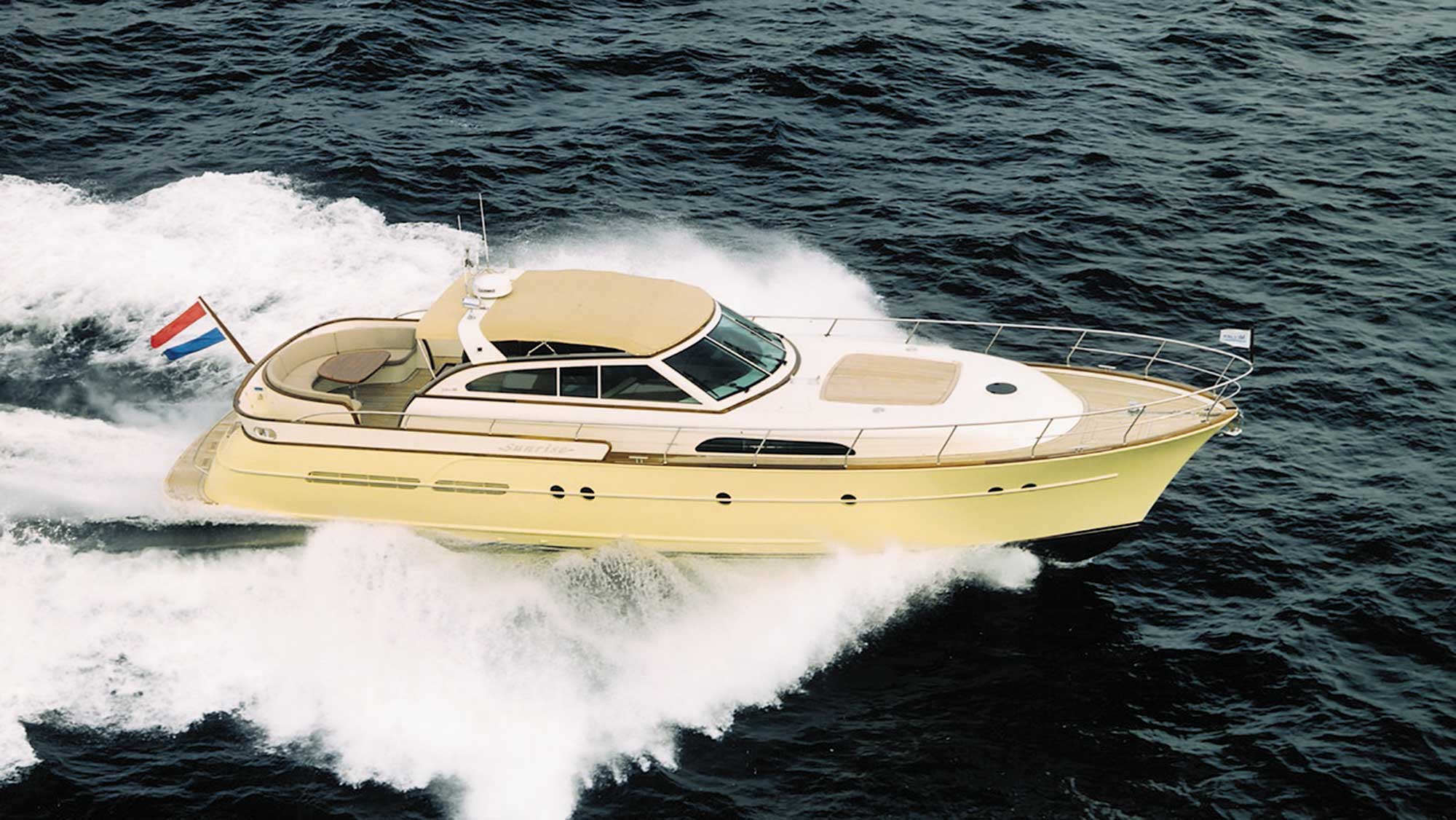 Shortly after the first collaboration between Dick Mulder and Guido de Groot, the first Mulder 68 Convertible was delivered in the year 2000, now known as BOTIK. This yacht was sold shortly after her introduction to the market, and quite some 68’s would follow.

Dick and Guido continued working on new projects such as the fast Mulder 88 Flybridge SEA BREEZE II. Their collaboration began to draw more and more attention when Dick decided to build a new yard demonstrator: the Mulder 59 Convertible SUNRISE.

Sunrise was launched in 2005 and made an impressive appearance with her elegant lines. Her first owners cruised the Italian coastline intensively. After a decade of exploring the Western Med, the yacht returned to her homeport in Rotterdam, The Netherlands. Now that she is sold, an extensive refit will be carried out this winter including a full repaint, interior upgrades and replacement of the canvas rooftop to a full aluminium superstructure, similar to the Mulder 59 Convertible WILD GOOSE.

Sunrise will be renamed OYSTER and have her berth at the Kaag, The Netherlands.

Check out our yachts for sale at DIRECTLY AVAILABLE. 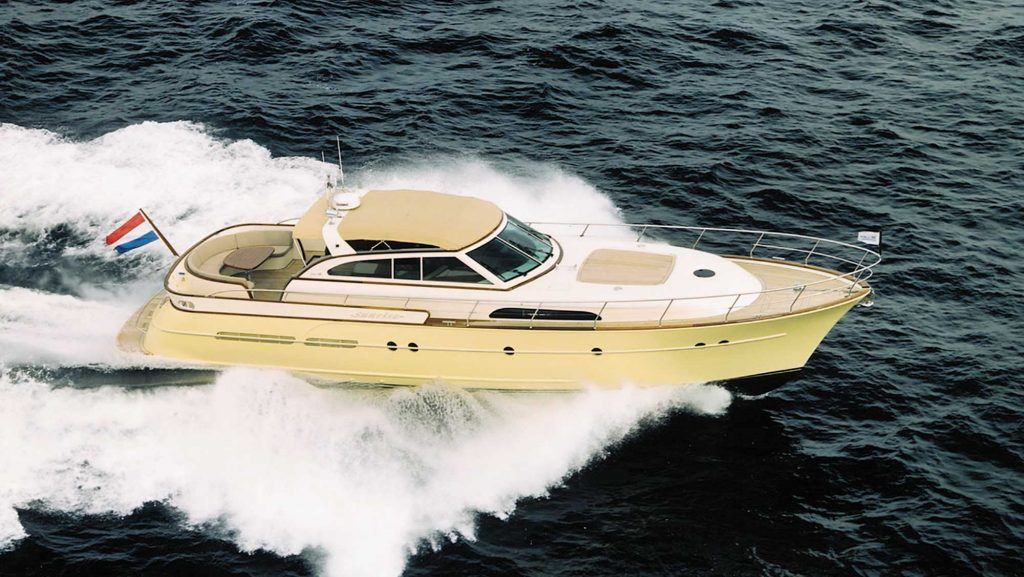 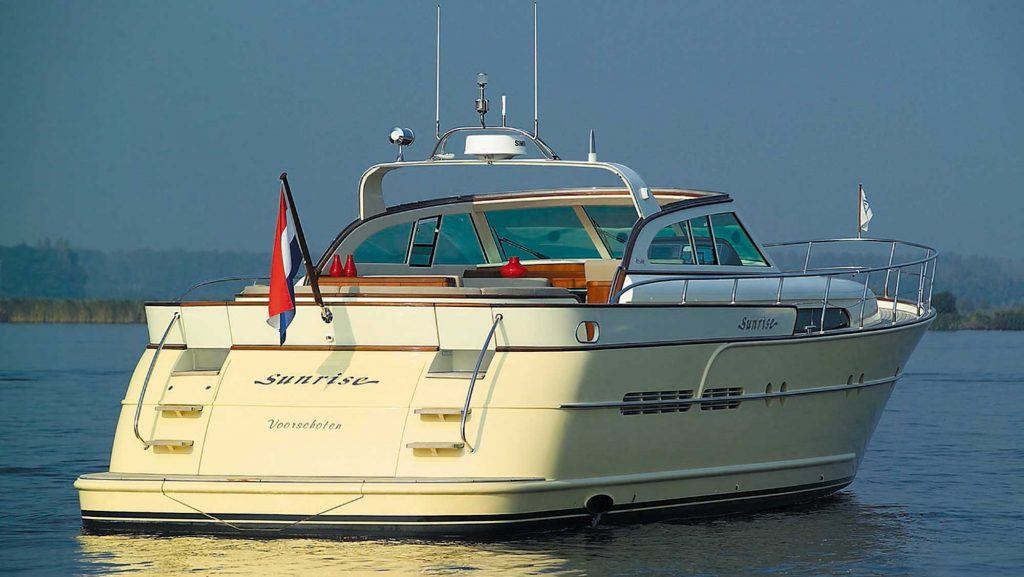 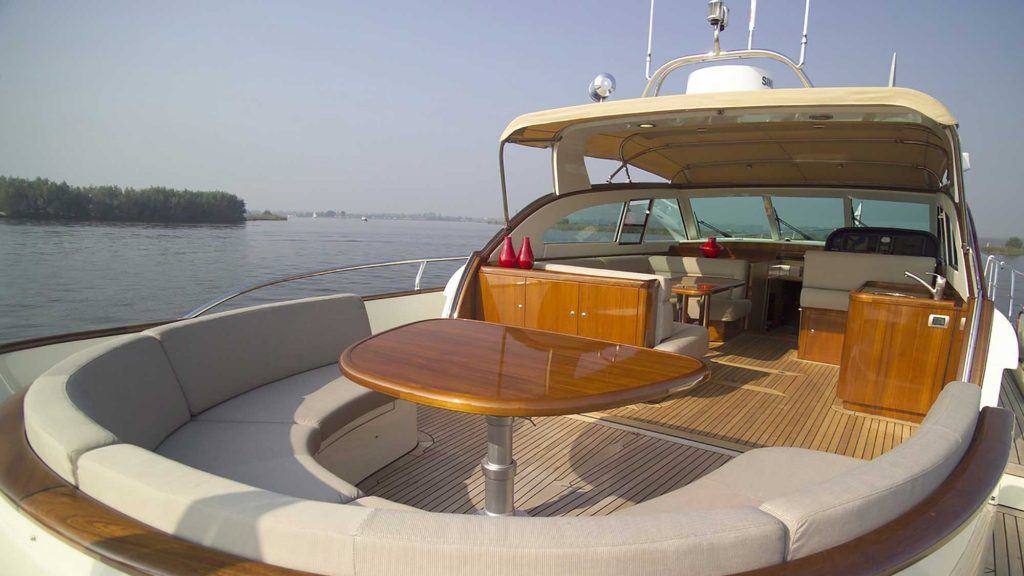