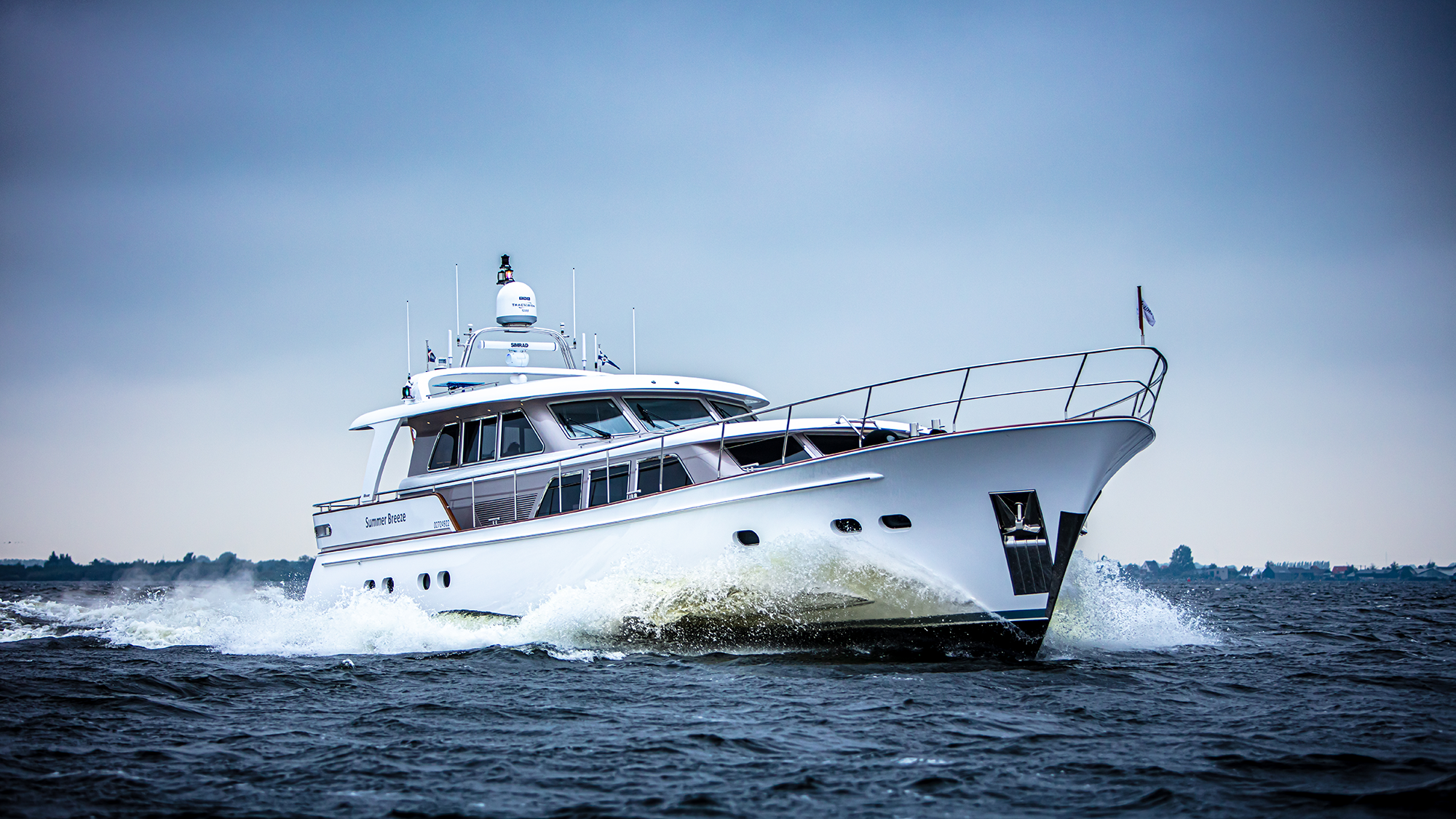 Being delivered in the spring of this year, the fully aluminium Mulder Wheelhouse 73 SUMMER BREEZE has been gleaming in the Dutch waters ever since.

The proud owners knew exactly what they desired for when making the transition from their previous Mulder Wheelhouse 68 WHITE ANGEL, which has now been re-named to NJOY, and the outcome is impressive.

Last week SUMMER BREEZE was photographed and we are excited to present you the results of this classic, yet modern Mulder Wheelhouse yacht.

The exterior features a snow-white hull and a metallic contrast coloured superstructure whereas the interior contains of white-washed oak and walnut woodwork. Qualitative and comfortable specifics such as the use of marble, an exceptional large engine room, spud poles and even a starry sky in the master cabin have made it once again a unique and exclusive Mulder yacht.

Have a look at the images and further details of SUMMER BREEZE here.